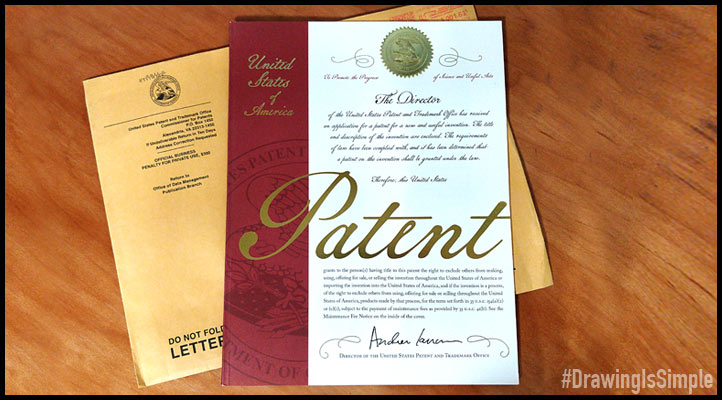 I reached out to a Patent attorney and explained that I’ve been partnering with Trends International on my DrawingIsSimple project for quite some time now and that they have decided to focus on existing revenue streams instead of inventing new ones. As a result, they have abandoned the patent application of my drawing coin invention and are allowing me to take over the process, but I needed to file a response before Dec. 27, 2017 to make it all happen.

We worked together to get the Corrected Application Data Sheet (ADS), Office Action Response, Power of Attorney (POA), Oath/Declaration and the eFiling Acknowledgement from the USPTO all filed and then we waited. My Patent attorney was actually quite surprised at how many allowances the Patent Office was allowing and the whole process was pretty painless.

As of September 11, 2018 I am the sole owner and creator of a Patented Drawing System! This method was determined by the United States Patent Office to be so unique and original that they have granted me ownership and the legal right to stop someone else from making, using or selling my invention without your permission… AWESOME!